Are you struggling to gain the brand attention you want on Twitter?

Whether you’re just starting out or have been using the platform for a while, consistently gaining and growing your audience can be challenging and frustrating. Keep at it, however, and it’s one of the most rewarding networks for meeting new people and uncovering new opportunities. In this article, I’m going to share three pieces of advice that have worked for me, but none of them are quick or easy. Marketing your brand on Twitter takes a lot of time, effort, and commitment.

If you want to be taken seriously on Twitter, you have to take it seriously.

Want a million followers in 2 quick and easy steps? Here’s what you do:

One million fake followers won’t do anything for you. Even if they happen to be real people, they still don’t know you, they don’t care about you, and they won’t help you increase your influence.

If you don’t buy them, it’s not difficult to follow a massive amount of random people in hopes that they follow you back. This will boost your follower count, as most of the people you follow will automatically follow you back, but it doesn’t help you build relationships with any of them.

My point is, don’t treat your Twitter following as a number. You might feel better having more followers than someone else, but it doesn’t matter unless those followers are paying attention to you.

Quality is more important than quantity. With that in mind, here’s what I suggest:

1. Give People a Reason to Talk to You

With so many people vying for attention on social media, it’s surprising how many boring and uninteresting profiles I see. While you may be tempted to play it safe, it’s much more effective to give your profile some personality.

From your username to your bio, your profile photo to your background, there’s a lot of opportunities to stand out from the crowd. Use every opportunity you have to express who you are, what you like, what you’re passionate about and why you’re there.

For example, my Seahawks won the Super Bowl this year (Go Hawks!), and it brought me a lot of friendly banter with other NFL fans. If you’re a parent, you know that I am too, just from reading the first 2 words in my bio. These are small details, but they open the door to a lot of conversation.

2. Connect With Influencers in Your Industry

There are Twitter celebrities out there. People with tens of thousands of Twitter followers. Some of them might be valuable to follow, but don’t count on them to boost your reputation just by connecting with them or mentioning their name.

Chances are, they don’t care.

Do you know what’s more effective? Finding people with a moderate following who carry influence in the same industry. These are people who don’t have so many followers that they don’t pay attention, but people are paying attention to them. They are ready with a friendly response when someone mentions their name or shares their content.

Connect with a handful of influencers on your level, and collaborate to grow your influence with their audiences, and vice versa. Share each others’ content, trade guest blog posts, and you’ll end up gaining the trust of a wider audience that’s still relevant to your industry and your goals.

I realized something recently: My Twitter feed was getting stale. As I scrolled through it one morning, there were a countless number of people sharing similar content. Their entire stream looked like this:

This is how most of us settle into a Twitter strategy (myself included). Sure, we’re providing relevant and valuable content. Yes, we’re doing our duty by thanking our followers and fans. Yes, we are completely devoid of human conversation.

So, I started changing my strategy.

As soon as I made an effort to act like a person, and start talking to other real people, I saw a huge spike in my activity. People started listening more, caring more, and mentioning me more. All because I started making an effort to converse, rather than just broadcast.

Scheduling valuable content to your Twitter stream is still important. Just make sure you’re engaging organically as well. The scheduled content might position you as an authority, but the conversation shows that you’re human, too.

Twitter provides a  powerful way to grow your influence and build relationships online. It’s been my focus for the past 3 years, and I’m always surprised by the opportunities I’m able to uncover.

If you’re confused about Twitter or feeling discouraged, don’t give up. I’ve been there. I know many other successful users who have also been there. It takes a lot of dedication, but, if you stick to it, you’ll find it absolutely worth your effort in the end.

If you’re looking for more insight, check out this Slideshare presentation I put together:

There are also a ton of great articles by the authors here at Social Solutions Collective. Take a look, connect with every one of us on Twitter, and start a conversation! 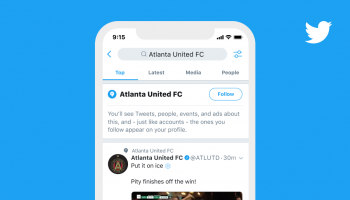 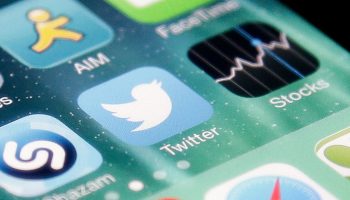